The prevention of cyberattacks is a huge part of maintaining data centre security, but online ambushes aren’t the only dangers that their operators – including Amazon, Google and Meta – must worry about. Effective air filtration is critical.
Among major suppliers of nonwoven filter media who have already confirmed their attendance at INDEX™23, are Fibertex, Glatfelter, Hassan, Innovatec, Mativ, Mogul, Sandler and TWE Group.

Inside a Google data centre in Mayes County, Oklahoma (© Google)

Customers for nonwoven filter media include the major suppliers of air filtration systems such as Mann+Hummel, of Ludwigsburg, Germany, which explains that to keep data centres working reliably and prevent unexpected shutdowns, a full range of professional filtration solutions is needed. These filters are used to provide proper cooling, ventilation and gas adsorption. They also keep humidity levels stable and adequate and prevent corrosion, which is the most probable cause for system failure.
Another major air filtration system designer is Camfil, headquartered in Stockholm, Sweden, which emphasises that in data centres, physical threats such as heat, humidity and airborne contaminants cause hardware to malfunction and lead to costly downtime.
“Because ventilation systems draw in and circulate contaminated air throughout the data centres, it’s important to employ effective air filtration to prevent damage to the sensitive electronic equipment,” says Adam Wiggins, Data Centre Segment Manager at Camfil USA.  “Dust particles can also damage heating, ventilation and air conditioning (HVAC) components, which can lead to failure of the cooling system and cause dangerous overheating.”

Scale
Data centres can be small enough to fit in a server room, while others fill a floor of a building and the largest are groups of buildings that occupy millions of square feet.
As of January 2022, there were 2,751 large data centres in the USA, and Loudoun County, Virginia, houses the world’s biggest concentration of them, with more than 25 million square feet currently in operation and millions more in development.
Results from a recent survey note that 69% of data centre owners and operators reported experiencing some form of downtime in the past three years, with half of those incidents causing substantial financial, operational and reputational damage. In addition, 62% of the downtime incidents were classified as significant, serious or severe, costing more than $100,000, while 15% of these events cost over $1 million.

Pollution
Data centres are mostly located in industrialised countries affected by outdoor pollution thanks to sources like heavy traffic, manufacturing and industrial processing. This outdoor air pollution affects the indoor air quality of the data centre environment because ventilation systems circulate airborne particles from outdoors into the facility.
Large data centres themselves are often a source of air pollution because they require enormous amounts of energy to operate 24 hours a day.
In addition, powerful HVAC systems constantly cool, clean and move the air to reduce the heat generated by the electronic equipment, maintain safe humidity levels and filter airborne contaminants. Ventilation systems for large data centres replace the air in the facility between 30 to 50 times per hour – significantly more often than the typical air change in an office, which is between two and six times per hour.

Backup
Data centres also contribute to air pollution through diesel-burning emergency generators which are used to keep them running when the primary power goes out. Some states in the USA track the impact from this diesel exhaust and issue air quality permits to the technology facilities to limit air pollution levels from diesel-powered backup generators. A data centre must prepare a health impact assessment of its toxic air pollution from diesel exhaust particles and accompanying nitrogen dioxide.
It is common for a new data centre campus to install 50 to 100 emergency generators, while existing facilities may need to add more generators as they expand.
Due to the potential for increased emissions, facilities must use the Best Available Control Technology (BACT) to control emissions from new equipment, which usually requires the operator to complete an emissions analysis prior to being issued with a permit. They need to ascertain if a generator’s engine would require alterations to meet the 6.0 g/bhp-hr (grams per brake horsepower-hour) BACT emissions limit.

Overheated servers
Inside the data centres, poor air quality is often caused by overheated servers that emit gaseous contaminants and particulates. These contaminants, including sulphur, hydrogen sulphide and chlorine salt, can contain chemicals that damage servers, circuit boards and cooling systems and can lead to crippling malfunctions and downtime.
No matter the size of the data centre, precise air filtration is necessary to remove airborne contaminants to prevent them from settling in equipment. Critical electronic components – servers, drives, central processing units and uninterruptible power supply systems – are all at risk if operators do not enforce a rigorous airborne contamination policy.
Using the correct air filters helps to ensure the HVAC system is working at the highest level, which in turn reduces energy costs. Accurate air filtration cleans the air inside data centres and pressurises the air to block external pollutants from entering the facility.
“Using low-quality air filters in a data centre ventilation system or neglecting to maintain air filters can cause up to a 30% drop in efficiency over the entire system,” Wiggins explains. “This is because the system can’t effectively push air through the poorly made, overused or clogged filters. When the filters are compromised, the system uses more power and takes more time to reach the same result as a system using high-quality, properly maintained filters.
“In order to operate 24/7, all components and equipment in the data centre must work in concert without interruption. If there is a disruption anywhere along the chain, the entire system is at risk of shutting down. A proactive approach to keeping a data centre operational is to prevent the effects of poor indoor air quality by using the appropriate air filters in the ventilation system.”

Material combinations
A wide range of nonwoven filter media manufactured by INDEX™23 exhibitors are at the heart of all air filtration systems, and can consist of, for example, pleated pre-filter panels based on dual-layer polyester nonwovens that are effective at removing larger airborne contaminants, combined with filters based on glass fibre nonwovens that enable the air handling system to remove smaller particles down to just a few microns. High loft airlaid nonwoven media and other advanced nonwovens can meanwhile achieve the required balance of filtration and energy efficiency without the need for a prefilter at all. 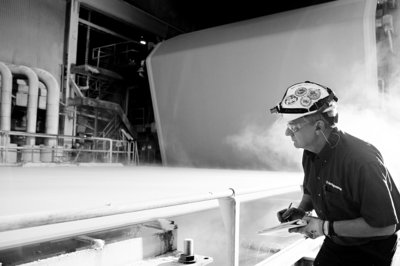 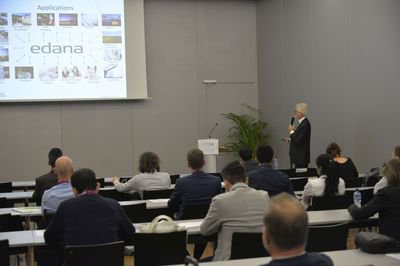 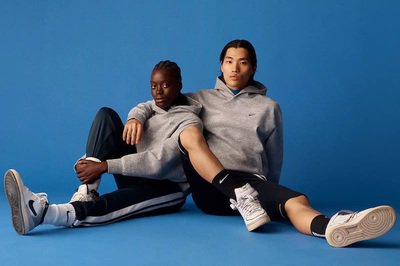 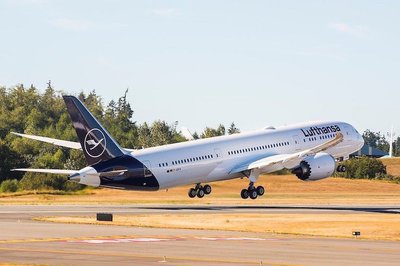 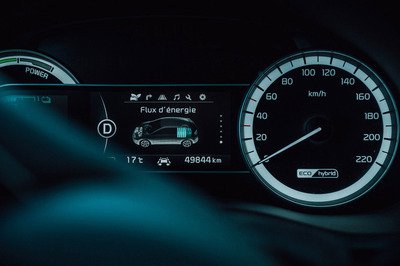